Our client is in The New York Times. Here’s how it happened. 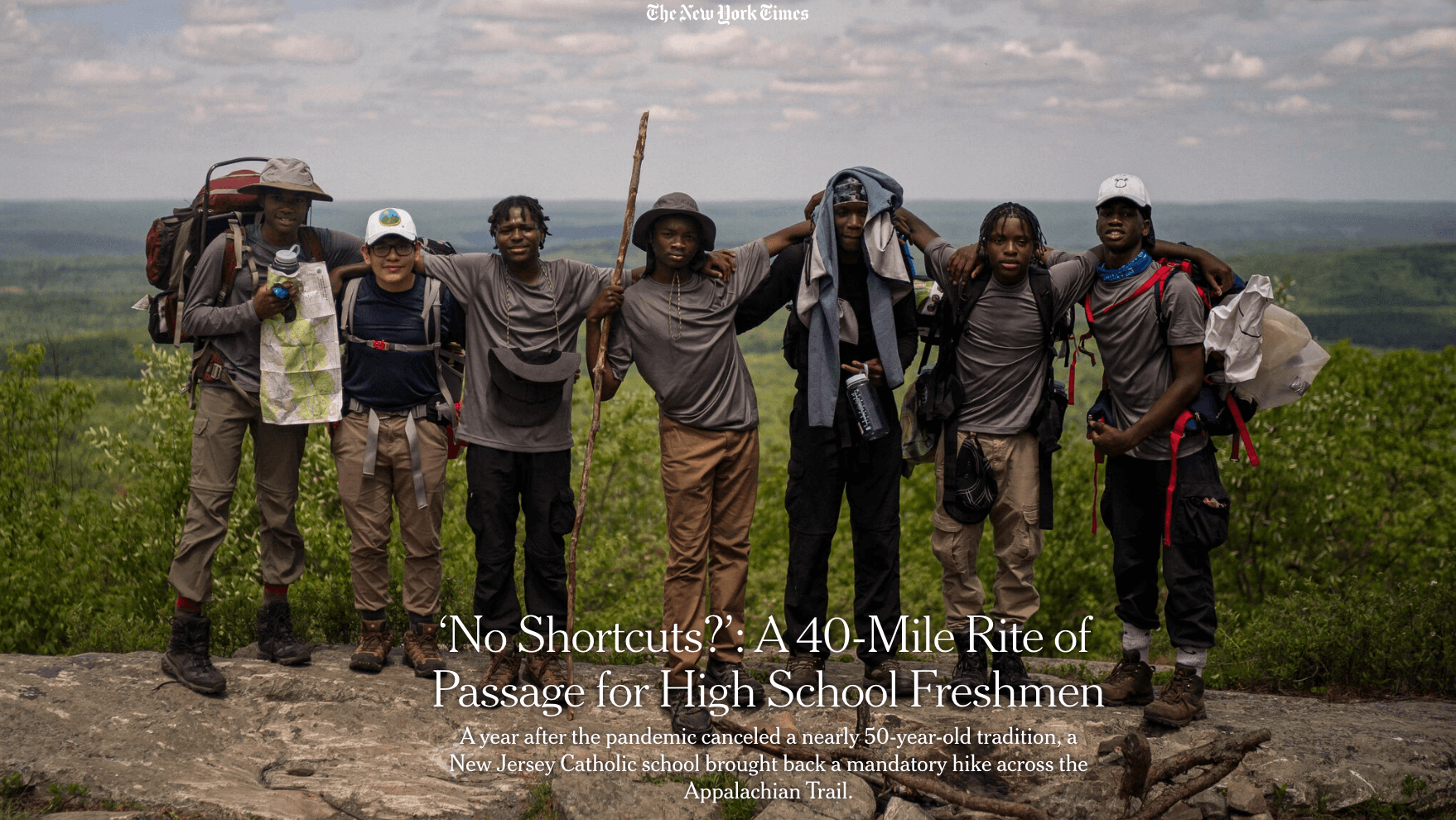 Game changing stories in The New York Times don’t just happen. The significant coverage St. Benedict’s Prep received this week in an online and national print story about returning to The Trail involved a monumental effort on the part of the ECG team and our client, St. Benedict’s Prep. Since I’m asked so often by current and prospective clients, “How can we get in The New York Times,” I thought this an opportune time to share some insights on how the story came to be.

We did what we always do — work intentionally, thoughtfully, and strategically — whether we’re aiming to garner local, regional, or national media coverage. When we were tasked with promoting St. Benedict’s return to The Trail during COVID-19, four essentials of public relations came into pla

Your story has to be newsworthy, which means it has to be timely, it has to be significant, or it has to inspire or provoke emotion in people. The story that ultimately appeared in The New York Times by Kevin Armstrong and Amr Alfiky did all three.

Think about the person on the receiving end of your press release or media pitch, my ECG creative team does. As former journalists and magazine writers, Rose Duger and Cindy Tavlin received countless emails and pitches that went directly to trash because, “It’s clear the sender knew little about our publication or the kind of stories we cover.” To us, it doesn’t matter how small or big a story is, the outreach always involves extensive preparation that includes tailoring proposals to individual outlets. Time consuming, yes, but it increases the likelihood your story or idea will be considered for coverage.

A funny thing happens when you prepare and get more intentional with your media outreach: producers, journalists, and editors are more likely to respond. Even if it’s a “no thanks” but try us again, Director of Accounts, Public Relations Gisselle Guillén will work off that. The ECG team prepared a number of story ideas, op-eds, and other content for NYT consideration in the past year, and even came close with an entirely different article. They kept persisting because “Get caught trying,” is the driving motto around here. Still, it’s a careful line that needs to be walked. Our clients are fortunate to have a team that finds the balance of being patiently persistent without annoying the media outlets we’re hoping to garner coverage from.

Yay! A major media outlet is interested in your story or idea. Now the unseen work begins of shepherding the story over the finish line. Know that stories do get abandoned or end up unproduced because an organization wasn’t responsive or dropped the ball on a media request. I’ll spare you the litany of details but follow through by Vice President of Operations Kathy Noyes is a big reason why the NYT story turned out the way it did. We’re thrilled to have played a part in bringing St. Benedict’s story to a national audience and all the good this kind of coverage can generate.

While we’re proud of this national coverage, we can’t ever underestimate the impact that local media has for our client’s reputation, prestige, and awareness. We’ll be there every step of the way.

Your Partner in Brand Marketing Success.

Erbach Communications Group is a full-service agency in northern New Jersey with 30 years’ experience creating branding and marketing for mission driven organizations, specifically education, healthcare, and nonprofits. The success we generate for clients is driven by three principles:

Erbach is a true partner — We embrace your organization’s challenges and goals as our own. We value long term relationships, and invest the time and resources to tell a brand story that connects with your audiences and achieves desired results.

Erbach is intentional — Your mission is unique, and so are the customized campaigns we develop. This ensures we achieve the best possible results, which as a trusted partner, we’re always looking to optimize and improve.

Erbach is fair — Your marketing dollars are precious; we do not mark up printing, media buying, photography or additional services. Most clients find our partnerships to be cost-effective; we’re flexible and can collaborate with clients’ pre-determined partners.

It’s easy to connect with us. Just fill out the form below!